We make diversity a priority at AALRR, and the result is not only a workplace of inclusion, but fulfillment of a key goal for our clients: to provide the highest level of service and innovative legal thinking.

Serving in nine offices throughout California, our attorneys represent a rich mix of races, ethnicities, religions, sexual orientations, cultures, and languages. The wide cultural lens from which we view the world helps us to facilitate greater communication in litigation, counseling, and business planning. Understanding the perspectives of the clients we serve, as well as the perspectives of those served by our clients, makes us uniquely qualified to provide exceptional legal services.  This is true for our public-sector clients—including cities and school districts—who rightly view diversity as important for the make-up of their management teams and beneficial to their students, communities and constituencies, as well as for our private-sector clients, who understand that establishing diversity as a core component of their business strategy can drive innovation and retain top talent.

From our recruiting practices to our leadership committees to our work in the community and beyond, we don’t just pay lip service to the concept of diversity. It’s not merely something we say: It’s something we practice every day.

These are just a few of the firm’s numerous diversity awards and recognitions.  At AALRR, diversity is not just something we say, it’s something we do.

Our diversity initiatives are founded upon a clearly defined mission:

AALRR is committed to ensuring that the firm’s attorneys reflect the diversity of communities in which we practice and the clients we serve. AALRR understands that one of the most powerful aspects of diversity is to harness the wide range of experiences, viewpoints, and perspectives that diverse attorneys bring to the table. Our focus on diversity and inclusion is predicated on the fact that regardless of the basis for our differences, it is those differences that make us more insightful, more creative, more empathetic, more understanding, and ultimately make us better, stronger lawyers and enrich our practice of law.

Mindful of this mission, AALRR is committed to recruiting, retaining and promoting its attorneys and staff members regardless of gender, race, ethnicity, national origin, disability, religion, sexual orientation or gender identity. AALRR is further dedicated to fostering a work environment that embraces different backgrounds and perspectives, promotes equality, and engenders mutual respect, thereby creating a culture of inclusion where everyone has the opportunity to excel and achieve their full potential. 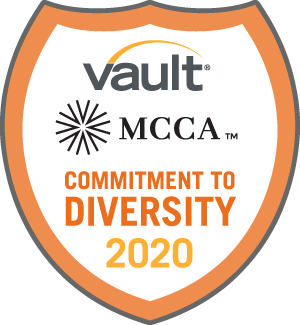