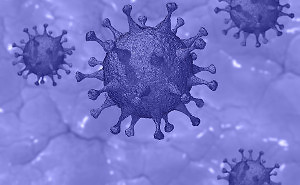 With the rapid spread of the pandemic—COVID-19, employees have been sent home due to business closures, factory shutdowns, temporary lay-offs, and forced quarantines.  Other employees remain home due to their own illness, to care for someone who has fallen ill, or to care for children who can no longer attend school.  Amongst the chaos, many employees are scrambling to survive to pay rent, monthly bills and other expenses without any source of income.

The California Department of Industrial Relations (“DIR”), the agency that oversees the Department of Labor Standards Enforcement (“DLSE” or “the Labor Commissioner”), workers’ compensation, and Cal-OSHA (among other things), released guidelines confirming its interpretation of California wage and hour laws potentially applicable to the workplace in light of the spread of COVID-19.

Berkeley’s current minimum wage is $12.53 per hour and is scheduled to ...

Among the revisions to the Ordinance are the following provisions:

In early June 2016, the Mayor and Los Angeles City Council approved an increase to the number of paid sick days to six days (48 hours) for employees working in the City of Los Angeles, doubling the three days required by the State.  Los Angeles will join more than 20 cities and counties throughout the nation who have mandated minimum paid sick days.

On April 26, 2016, the Santa Monica City Council approved amendments to its Sick Leave Ordinance (“Ordinance”) delaying its implementation until January 1, 2017.  This change will give employers extra time to comply with the Ordinance.  However, the Santa Monica minimum wage remains effective July 1, 2016, to increase to $10.50.

Rather than rushing to implement the new law this summer, the amended ...

On January 26, 2016, the Santa Monica City Council joined other California cities in enacting an ordinance that implements minimum wage and paid sick leave requirements that go beyond State requirements.

On August 7, 2015, California’s Labor Commissioner issued an Opinion Letter confirming earlier guidance that employees who regularly work 10 hour shifts must be given up to 30 hours of paid sick leave under the Healthy Workplaces, Healthy Families Act of 2014.

With eight days remaining before major provisions of California’s sick leave law become effective, the California Legislature continues to tinker with clean up legislation.  On June 22, 2015 the California Assembly amended and passed Assembly Bill 304 (Gonzalez) (“AB-304”), by a vote of 69-0.  AB-304 now goes to the California Senate for consideration.

The City of Emeryville, California has followed in the steps of San Francisco, San Diego, and Oakland by enacting a city ordinance that expands an employee’s entitlement to paid sick leave as provided under California’s Assembly Bill 1522, the Healthy Families, Healthy Workplaces Act of 2014.  Indeed, the stated purpose of Emeryville’s Paid Sick Leave Ordinance is to “provide Paid Sick Leave beyond