Rotational Employees Can Have Their “On” And “Off” Weeks Counted Against Their FMLA Leave Entitlement
BY: Catherine M. Lee 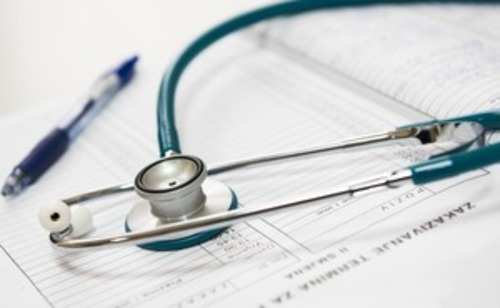 The FMLA grants eligible employees “a total of 12 workweeks of leave during any 12-month period” to attend to qualifying family and medical needs.  29 U.S.C. § 2612(a)(1).  When a rotational employee working a “one week on, one week off” schedule took 12 workweeks of continuous leave under the FMLA, Alaska required the employee to return to work 12 weeks later because it counted both the “on” and “off” weeks against the employee’s FMLA leave entitlement.  The Secretary of Labor for the United States Department of Labor (“DOL”) brought suit against Alaska for violating the FMLA.  The DOL stated that a rotational employee should return to work 24 weeks later, because the rotational employee’s off weeks cannot be counted as “workweeks of leave” under Section 2612(a)(1) since “there is no work to take leave from when an employee is not scheduled to work.”

At the District Court, the DOL prevailed because the court held that the term “workweek” refers to “time that an employee is actually required to be at work.”  Alaska appealed.

Analysis of “workweek” by the Ninth Circuit

Acknowledging that both the DOL and Alaska agreed that the issue on appeal was the meaning of the term “workweek,” the Ninth Circuit began its analysis by noting that Congress enacted the FMLA without defining the term “workweek.”

However, the Ninth Circuit found that Congress previously used the term “workweek” in the Fair Labor Standards Act (“FLSA”), 29 U.S.C. § 201 et seq.  In the FLSA’s regulations, the DOL construed the term “workweek” to mean a fixed period of seven consecutive days.  “Once the beginning time of an employee’s workweek is established, it remains fixed regardless of the schedule of hours worked by [the employee].”  29 C.F.R. § 778.105 (emphasis added).  The Ninth Circuit explained that the italicized text from the FLSA regulations makes clear that a “workweek” is not contingent on the employee’s own work schedule, but is simply a week-long period, predesignated by the employer, during which the employer is in operation.

The Ninth Circuit determined that Congress intended to borrow the “established meaning” of the term “workweek” from the FLSA for use in the FMLA, since both statutes afford employees certain minimum workplace protections.  Further, the “workweek” definitions in both laws “provide a fixed, pre-established time period against which an employee’s entitlement to statutory benefits can be measured . . . .”

The Ninth Circuit explained that Congress’ intent to adopt the FLSA’s “workweek” definition is bolstered by Title II of the FMLA, which provides civil service employees with “a total of 12 administrative workweeks of leave during any 12-month period.”  5 U.S.C. § 6382(a)(1) (emphasis added).  Civil service regulations define the term “administrative workweeks” as “a period of 7 consecutive calendar days designated in advance by the head of an agency,” which is “essentially equivalent” to the FLSA’s regulatory definition of “workweek.”  The “administrative workweek” definition does not focus on an individual employee’s work schedule.  Nothing in the FMLA’s text or structure indicates that Congress intended for the leave accorded to civil service employees and all other employees to be different.

In sum, the Ninth Circuit concluded that the term “workweek” in Section 2612(a)(1) has the same meaning as used under the FLSA.  The “workweek” is a fixed, pre-established period of seven consecutive days when the employer is operating.  Accordingly, the Ninth Circuit held that Alaska may insist that rotational employees who take 12 workweeks of continuous leave return to work 12 weeks later.

If you are a business with employees who work a rotational schedule, the Scalia decision should be considered in determining when an employee, who takes a continuous leave under the FMLA, must return to work.  Please reach out to the Author of this Alert or your usual AALRR counsel with any questions.