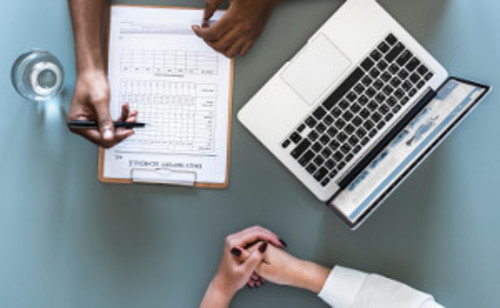 After graduating medical school and completing a fellowship, Dr. Donald Golden began working for the California Emergency Physicians Medical Group (“CEP”), a partnership of nearly 2,000 physicians who staff emergency rooms and other medical facilities in California and ten other states.

In 2007, CEP terminated Dr. Golden’s employment.  Dr. Golden sued CEP in Alameda County Superior Court, claiming that he was fired because of his race.  CEP removed the suit to federal court and, following a settlement conference, the parties orally agreed to settle the case.  However, when the settlement agreement was reduced to writing, Dr. Golden refused to sign it claiming that one of its provisions, Paragraph 7, was an unlawful restraint of trade pursuant to Cal. Bus. & Prof. Code § 16600.  Paragraph 7 states:

The Ninth Circuit panel reversed the district court’s order, holding that the court misconstrued section 16600.  The Ninth Circuit explained that the statute applies not only to noncompetition agreements but also to anycontractual provision that places a “restraint of a substantial character” on a person’s ability to practice a profession, trade, or business.  Thus, the fact that Paragraph 7 did not prohibit Dr. Golden from competing with CEP was not dispositive; rather, the question was whether Paragraph 7 substantially restrained Dr. Golden’s practice of medicine, particularly in light of CEP’s large presence in California.  The Ninth Circuit remanded the proceeding to the district court to determine in the first instance whether Paragraph 7 constituted a “restraint of a substantial character” to Dr. Golden’s medical practice.

The Ninth Circuit panel cited Cal. Bus. & Prof. Code § 16600’s language, statutory context, and case law to reason that a contractual provision imposes a “restraint of a substantial character” if it “significantly or materially impedes a person’s lawful profession, trade, or business.”  To meet this standard, the Ninth Circuit elaborated that “a provision need not completely prohibit the business or professional activity at issue, nor does it need to be sufficient to dissuade a reasonable person from engaging in that activity” but that its restraining effect “must be significant enough that its enforcement would implicate the policies of open competition and employee mobility that animate section 16600.”  The Ninth Circuit stressed that “it will be the rare contractual restraint whose effect is so insubstantial that it escapes scrutiny under section 16600” since California’s legislature has clearly expressed its disapproval of contracts that restrain lawful business and professional activities.

Turning to Paragraph 7, the Ninth Circuit said that it impedes Dr. Golden’s ability to practice medicine in three ways.  First, it states that he “shall not be entitled to work or be reinstated” at “any facility owned or managed by CEP.”  Second, it bars him from working at “any CEP-contracted facility.”  Finally, it states that “if CEP contracts to provide services to, or acquires rights in” a facility where Dr. Golden is currently working as an emergency room physician or a hospitalist, CEP “has the right to and will terminate” him from that employment “without any liability whatsoever.”

The first of the three provisions pertains only to Dr. Golden’s future employment at facilities “owned or managed by CEP.”  Thus, the impediment to Dr. Golden’s medical practice is minimal since it “simply restates the obvious proposition that an employee does not have a general right to work for an employer without the employer’s consent.”  The second and third provisions, however, substantially restrain Dr. Golden’s practice of medicine and are barred by section 16600 because they affect not only Dr. Golden’s employment at CEP itself, but also his current and future employment at third-party facilities.  Further, the interference with Dr. Golden’s ability to seek or maintain employment with third parties “easily rises to the level of a substantial restraint,” given the significant size of CEP’s business in California.

Based on its reasoning that section 16600 applies to any professional restraint that substantially – i.e., significantly or materially – restrains a person’s lawful profession, trade, or business, the Ninth Circuit panel ruled that Paragraph 7 survives to the extent that it bars Dr. Golden from working at facilities that are owned or operated by CEP, but fails to the extent that it prevents him from working for employers that have contracts with CEP and to the extent that it permits CEP to terminate him from existing employment in facilities that are not owned by CEP but that may be acquired in the future.  Because CEP did not argue that any exception to section 16600 applied, and because the parties did not dispute that Paragraph 7 was material to the settlement agreement, the Ninth Circuit ruled that the entire agreement was void, and that the district court abused its discretion in ordering Dr. Golden to sign it.  Accordingly, the Ninth Circuit reversed the district court’s order directing Dr. Golden to sign the settlement agreement and remanded the matter for further proceedings consistent with its opinion.

Golden illustrates that California courts continue to have an expansive view of Cal. Bus. & Prof. Code § 16600 and apply it to strike down contractual provisions that they find “significantly or materially impedes a person’s lawful profession, trade, or business.” Broad provisions that, for example, bar former employees from seeking or maintaining employment with third parties, run afoul of California’s law that prohibits contract provisions that limit employee mobility. However, this case does not prohibit all no re-hire provisions in settlement agreements and severance agreements.  Therefore, employers must exercise care when drafting settlement and severance agreements that incorporate no re-hire provisions.

Employers with questions regarding the implications of this case, settlement agreements with former employees incorporating “no re-hire” provisions, or employment contracts in general may contact the authors or their usual employment counsel at AALRR.