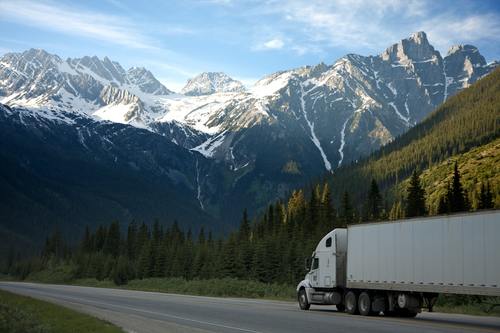 AB 5 codified the ABC test for independent contractors in the California Labor Code.  AB 5 also established numerous exemptions in various industries, including a construction contractor exemption.  Satisfying the exemption criteria allows a business to determine whether workers are independent contractors or employees under the Borello (S. G. Borello & Sons, Inc. v. Department of Industrial Relations (1989) 48 Cal.3d 341) standard rather than the ABC test.

In their lawsuit, the Western States Trucking Association (“WSTA”) contended that Labor Code section 2750.3(f)(8) created an independent criteria establishing a separate exception that applied to subcontractors providing construction trucking services for which a contractor’s license is not required.  The WSTA argued the provision prevents all constructing trucking subcontractors of any size from contracting with other independent trucking companies or owner-operators and instead forces all such workers to be employees.  Accordingly, the WSTA maintained Section 2750.3(f)(8) should be preempted by the Federal Aviation Administration Authorization Act (“FAAAA”).

The State responded that the WSTA’s challenge was not ripe as there is no imminent threat that any WSTA member will be prosecuted or held liable under Section 2750.3 (f)(8).  The court noted that the WSTA provided no evidence that the State or anyone else was seeking to enforce Section 2750.3(f)(8) against any WSTA member.  The State disavowed any intent to prosecute the WSTA or its members under the challenged provision for misclassifying employees as independent contractors because the State does not construe the provision to require the WSTA or its members to reclassify their workers in the first place.  The State takes the position that Section 2750.3(f)(8) only governs relationships between licensed contractors and their subcontractors, and not the relationship between a construction trucking company and any worker with which it subcontracts.

The court left open the possibility for the WSTA to amend its complaint to show some trucking companies have threatened to demand some WSTA members reclassify their workers as employees under the challenged provision.

What This Means For Employers

The decision sheds some light on the State’s position as to enforcement of this narrow provision of AB 5.  However, the decision is not binding, and the judge specifically declined to estop the State from bringing future enforcement actions against WSTA members based on the State’s representation that the it does not intend to enforce the challenged provisions in the manner that WSTA construes them in this case.

This case has no effect on another challenge to the trucking provision of AB 5.  In California Trucking Association v. Becerra, (3:18-cv-02458, (1-16-2020)) the California Trucking Association (“CTA”) obtained an injunction against the State from enforcing AB 5 against trucking companies.  The State appealed that decision to the Ninth Circuit Court of Appeals.  The appeal is pending, and the injunction remains in place.

Numerous other challenges to AB 5 are pending, along with a handful of pending legislative bills that may further clarify the scope of AB 5.  Employers should continue to closely monitor such developments if they engage independent contractors in any form.