Employer Obligations In The Event Of Closures Due to California Wildfires and Power Outages
BY: David Kang, Jonathan Judge, Scott K. Dauscher 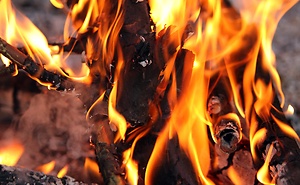 Natural disasters are something that many don’t think about until it’s too late, particularly in the context of their business obligations, but as extreme winds, wildfires, and power outages continue to pick up in California, employers should consider what obligations exist as to their employees and employment law. 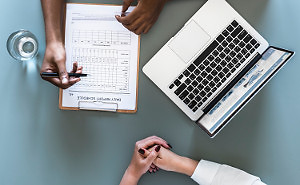 On June 30, 2016, the judge in Fresno Superior Court presiding over the Nisei Farmers League v. California Labor and Workforce Development Agency, et al., (Case No. 16 CECG 02107) issued a temporary restraining order against the enforcement of the July 1st filing deadline of the “safe harbor” provisions of Labor Code section 226.2 (the piece rate law).  The Nisei Farmers League filed for preliminary ...

In 2012, Legislature enacted Labor Code section 3701.9 providing that “(a) A certificate of consent to self-insure shall not be issued after January 1, 2013, to any of the following. (1) a professional employer organization (“PEO”).  (2) A leasing employer [“LE”] …. (3) A temporary services employer [“TSE”],” and providing that “A certificate of consent to self-insure that has been ...

On September 10, 2014, Governor Brown signed into law the Healthy Workplaces, Healthy Families Act of 2014, which will require California employers to provide to nearly all employees — exempt and non-exempt — paid sick days effective July 1, 2015.

The Basics: With limited exceptions, beginning July 1, 2015, every employee, whether exempt or non-exempt, who is employed in California for 30 days or more ...

Read More ›
Share +
Categories: Labor and Employment, Litigation
Can Employees Bad Mouth The Company On The Internet And Get Away With It?
BY: Christopher S. Andre, Scott K. Dauscher

Many employers understandably seek to regulate employees' use of social media, such as Facebook and Twitter, to communicate about the employer or about workplace issues. As we previously reported here, for example, the National Labor Relations Board has recently determined in several cases that the employer violated the National Labor Relations Act either by adopting policies the NLRB considers to be an ...

As we previously reported here, a report issued by the Judicial Council of California, Administrative Office of the Courts, Office of Court Research, shows that employment cases were the most frequently filed class actions, representing 29.3% of the class actions filed and that over half of the employment cases filed alleged violations of Labor Code provisions governing payment of wages, rest and meal periods, and related claims. This is consistent with our experience representing numerous employers against such class action lawsuits.