Flying somewhat under the radar (bad pun not intended), the Federal Aviation Administration (“FAA”) approved new rules that went into effect at the end of December 2020 allowing drone operators to fly a broader range of missions without the need to obtain a certificate of authorization (“COA”).  These new regulations will have the force and effect of allowing school and community college districts to expand their existing drone operations. 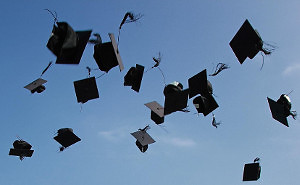 California’s public education system is vital to the state’s future and success. However, there is currently no comprehensive method to track student progress throughout students’ educations and entry into the workforce. Recently, the Legislature has noted increased support for a system linking educational agencies’ databases in an effort to prioritize transparency and student welfare and success.

California’s Gun-Free School Zone Act (Penal Code section 626.9) makes possessing a firearm in a school zone punishable as a crime.  Criminal liability attaches unless the individual (1) has obtained the permission of the school district superintendent or equivalent school authority to carry a firearm or (2) falls within the exemptions under the statute.

The statute does not limit the ability of a school ...

Where is the boundary between the free speech rights of public employees who express controversial or offensive ideas or opinions, and the authority of public employers to limit employee speech that is claimed to be inconsistent with policies prohibiting harassment or other discrimination on the basis of race, sexual orientation or other protected characteristics? This question can be particularly ...