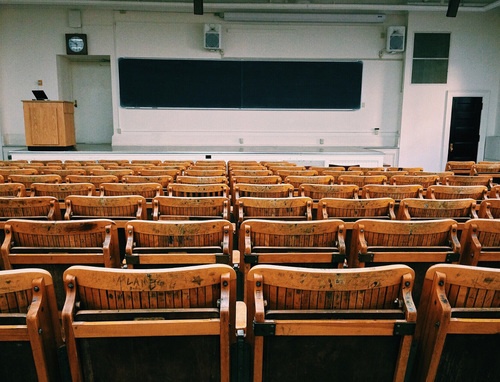 Often, the concept of requiring a student to testify before an administrative hearing panel is daunting.  Our students live in a difficult world of rumors, public humiliation broadcast on social media, and threatening messages sent by text and over the Internet.  It is no wonder that most students readily indicate they are afraid of testifying against a student accused of misconduct, and our site and District administrators are reluctant to put a student through the process.

The Education Code sections outlining the student discipline process are, however, more focused on the due process owed to the accused student than the potential effects of testimony on victims and witnesses.  County Boards are focusing attention on the lack of live witness testimony at expulsion hearings, and the justifications for testifying by statement alone are no longer accepted.  For this reason, school districts must be acutely aware of the protections afforded to witnesses, as well as the high standard for allowing a student to testify through sworn declaration alone.

The student testimony process begins with the witness statement completed at or around the time of the evident.  Many witness statement forms are titled Sworn Witness Statement and contain a box for students to check if they wish to remain anonymous for fear of psychological or physical harm.  Increasingly, students are checking the box with little to no justification proffered.  As the Education Code 48918(f)(2) requires the administrative hearing panel to make a determination that identifying the student or requiring the student to testify “would subject the witness to an unreasonable risk of psychological or physical harm” (Id.), a checked box by itself does not suffice.

A properly prepared Sworn Witness Statement form may still contain similar language, but the form needs to include a space for an explanation regarding why the student believes he or she will suffer an unreasonable risk of psychological or physical harm.  More importantly, the site administrator or support person taking the statement should discuss the student’s concerns to gain a better understanding.  For example, is the student afraid of being identified because he or she lives in a neighborhood with an active gang presence and the student accused of misconduct is a known gang member?  Or, has the witness suffered an assault that has caused, or is continuing to cause, severe emotional trauma to the point that reliving the experience through testimony could cause injury to the student?

Again, it is important for school districts to recognize that the Education Code, at section 48918, provides several alternative options for live student testimony, including testimony by videotaped deposition or through closed circuit television for victims of sexual assault.  It is clear the Legislature intended for the accused student to have the ability to cross-examine his or her accusers, and not to allow for routine testimony by sworn witness statement — such statements are to be the exception, not the rule.

The failure to utilize the correct procedures for introduction and acceptance of witness testimony – and more specifically, sworn witness statements – can lead a County Board to overturn Governing Board’s decision to expel.  Our firm can assist with the development the appropriate forms, investigation techniques, and administrative panel scripts for use during the student discipline process.