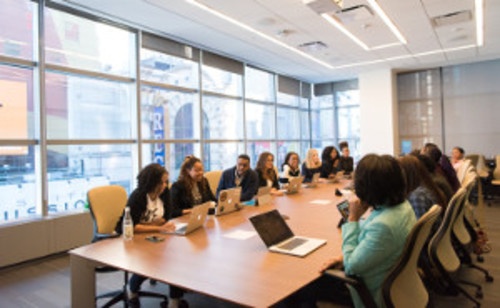 “Microaggressions” are generally defined as brief queries, comments or actions that subtly and unintentionally express bias against a member or members of a particular group or classification.  Microaggressions are often not intended to be malicious, but can cause feelings of not belonging. For example, Columbia University Professor Derald Wing Sue noted in an interview with CNBC that as an Asian-American professor, author, and speaker, he has received comments from colleagues and students about how well he speaks English.  He added that while this may be intended as a compliment, the implicated meaning of the comment is that he is “a perpetual alien” in his own country and is not a “true American.” Regardless of the person’s intent, the comment is offensive and represents a manifestation of the individual’s unconscious racial bias.

Unintentional microaggressions are usually the manifestation of unconscious biases, also referred to as implicit biases, which are defined by the UCSF Office of Diversity and Outreach as social stereotypes about certain groups of people which individuals may form outside their own conscious awareness.  Even the most well-intentioned individuals may harbor these biases as they are formed through one’s natural tendency to organize social worlds by categorizing people.  Most people do not believe that they are racist, sexist, ageist, heterosexist, etc., but their words and actions can surface biases that reflect discriminatory belief systems. Comments or actions expressing these unconscious biases constitute microaggressions and create an uncomfortable, harmful, even toxic, work environment that may ultimately result in employer liability.

Offensive comments or acts that fall under the category of microaggressions can create liability for an employer.  The Fair Employment and Housing Act (FEHA) specifically prohibits harassment based on a number of protected categories including race, religious creed, color, national origin, sex, and gender.  Individuals who believe they were subjected to unwelcome conduct or comments based on a protected category may base a hostile environment harassment claim on microaggressions that they encountered in the workplace.  Furthermore, while the Supreme Court of California has held that an unlawful discrimination claim may not solely rest on a microaggression, that microaggression may be used in addition to other evidence to prove discriminatory intent. (Harris v. City of Monica (2013) 56 Cal.4th 203).

In addition to complying with all the posting and policy requirements of the FEHA and federal Equal Employment Opportunity Commission (EEOC), employers should foster a culture that welcomes feedback and provides a clear avenue for employees to express their concerns about microaggressions.  Employers should work to create a culture where employees feel safe to report incidents of microagressions without fear of retaliation.  Likewise, employers should help employees who may be unconsciously engaging in microagressions understand the impact of their comments and help change their behavior.

Employers need not wait until they have a complaint in order to combat microaggressions.  Training resources are currently available to educate employees and help them recognize their own implicit biases.  According to the Los Angeles Times, the California State Assembly is preparing to vote on three bills (Assembly Bill 241, Assembly Bill 242, and Assembly Bill 243) to require mandatory implicit bias training for medical professionals, judges and trial lawyers, and law enforcement officers.  There are also various online resources available for employers to utilize to raise awareness among supervisors and managers including the free implicit bias tests provided by Harvard’s Project Implicit.