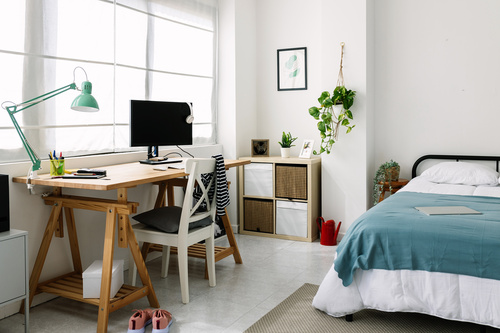 The Fourth Amendment to the United States Constitution protects the rights of the people against unreasonable searches and seizures of their person, property, and home.  A recently-decided federal court case has explored the application of this important constitutional right to an emerging technological tool employed by schools and institutions of higher education: at-home examination proctoring.  The holding in the case (Aaron M. Ogletree v. Cleveland State University) could provide insight into how similar cases may be decided across the United States.

To defend against a claim of unconstitutionality, the government must show that “probable cause” exists to justify a proper search and seizure. While probable cause is the typical standard under the Fourth Amendment, courts have recognized that certain environments may necessitate a lower standard when a legitimate public interest outweighs an individual’s right to privacy. In the seminal case, New Jersey v. T.L.O. 469 U.S. 325 (1985), the United States Supreme Court established two important principles which helped shape the application of the Fourth Amendment to our education system: 1) Fourth Amendment protections apply to schools when public school officials conduct searches and seizures; and 2) a school’s interests in maintaining a safe learning environment warrants a lesser standard than probable cause.

With respect to the first principle, the Supreme Court held that public school officials act as representatives of the State because they enforce publicly mandated educational and disciplinary policies. As such, the Fourth Amendment applies to searches conducted by school authorities. For the second principle, the Supreme Court lowered the probable cause standard in public schools to mere “reasonable suspicion”, holding that a school’s interest in maintaining the safety and protection of students, faculty and staff, and school property outweighs a student’s individual privacy rights on school grounds.

In light of technological advancements and the normalization of remote at-home testing, courts must now answer a question when balancing a student’s individual right to privacy with the school’s interest in promoting safety: “How far is too far?” On August 22, 2022, the Northern District of Ohio, Eastern Division, issued a decision in Aaron M. Ogletree v. Cleveland State University, holding that the university’s policy of allowing proctors to request students scan their room before taking a virtual exam violated the students’ Fourth Amendment rights. Plaintiff Aaron Ogletree (“Ogletree”), a student at Cleveland State University (“University”), filed suit after he was required to scan his bedroom before taking a virtual chemistry exam. The scan of Ogletree’s bedroom lasted less than a minute, taking as little as ten to twenty seconds. During this scan, other students taking the remote exam could see Ogletree’s room. As part of the proctoring procedure, the University allowed its faculty members discretion to choose which tool or combination of tools, if any, were necessary to preserve the integrity of the remote exam. There was no set policy addressing what to do in the event a student declined to scan their room. However, the proctor in this case testified that they would have allowed the student to take the exam and later notified the professor about the student’s refusal.

The Court agreed with Ogletree that he had a reasonable subjective expectation of privacy in his bedroom. In reaching this decision, the Court deemed that the room scans granted greater access than what would normally be given absent a warrant or invitation. The Court disagreed with the University’s contention that cameras are generally available and commonly used, stating that a camera cannot be used in someone else’s home, office, or other place not publicly visible without the owner’s consent.

It was undisputed that the room scan occurred over a short period of time, and Ogletree had discretion over where to direct the camera in his room, as well as some warning to take steps to protect his privacy and ensure that confidential materials were not readily in view. However, the Fourth Amendment’s protection of the home has never been tied to the measurement of quality or quantity of information obtained during a search.

As it stands, the ruling in the Ogletree case cannot be used as binding authority in California; however, that does not mean it should be disregarded. California community colleges and K-12 school districts should recognize that while they have an interest in protecting academic integrity, effectuating a policy that invades a students’ private room in their home goes “too far” and could trigger a Fourth Amendment issue. Instead, schools should consider implementing alternative methods to video scanning, which may include programs that remove or prohibit internet access during exams, track typing, timed testing, monitoring students directly through the video camera on the computer, and varying question orders on tests from student to student to protect exam integrity when providing remote tests. These are only a few examples of how educational institutions may avoid Fourth Amendment violations while still furthering legitimate school interests.  Questions regarding the Fourth Amendment, its application to schools and institutions of higher education, and how to avoid liability in situations such as remote testing, should be directed to counsel for more information.