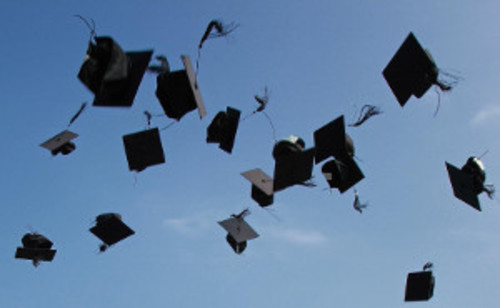 California’s public education system is vital to the state’s future and success. However, there is currently no comprehensive method to track student progress throughout students’ educations and entry into the workforce. Recently, the Legislature has noted increased support for a system linking educational agencies’ databases in an effort to prioritize transparency and student welfare and success.

In December 2017, the California State Senate established the Select Committee on Student Success, chaired by Senator Steve Glazer, to explore approaches for preparing, admitting, and educating college students, and to compile and review potential ideas and innovations that may lead to greater student achievement. The Committee’s stated focus encompassed the progress of the California State University and community colleges in advancing new four-year graduation rates; non-traditional pathways in awarding degrees; and the criteria used for admission to four-year colleges.

Although the major California public education agencies (K-12 schools, community colleges, state universities, and the University of California) collect, maintain, and publicize student data, there is no system connecting the information gathered by the different institutions. On August 8, 2018, at a Committee hearing, Senators expressed concern over the lack of information available to the public and the Legislature about student progress from K-12 to college, and from college into the workforce. Senator Glazer suggested this “longitudinal” data could “greatly improve students’ performance and their ultimate employment.”

Consequently, members of the public and the Legislature, including Lt. Governor Gavin Newsom, have expressed support for establishing a system to track the progress of California students throughout their public education and as they enter the workforce. The system would link information gathered by K-12 schools, public colleges and universities, and industry. The information could highlight trends such as the link between high school graduation rates and college enrollment rates; the percentage of students who require remediation once they enter college; the correlation between students’ high school courses, grades, and test scores and the likelihood they will graduate from college; whether students attending a state-funded preschool are more likely to meet state academic expectations in elementary school; and which college majors lead to the highest and lowest rates of employment.

Supporters of a longitudinal data system believe tracking and publishing this information would allow the Legislature, parents, and the public to monitor the progress of relevant programs, assess the effectiveness of the state’s education system, and implement policies and related changes to improve the public schools. Advocates point out that 45 states have already implemented a data system that links K-12 and higher education data, in efforts to improve education outcomes.

Some legislators have expressed concern over who will control the data, and the potential consequences low-performing institutions could face. Governor Jerry Brown has opined that this type of system is unnecessary and will be costly.

The concept of creating a longitudinal data system is garnering support in the Legislature and with the public. If this system is implemented, education agencies will face additional responsibilities, including ensuring compliance with relevant Federal and state laws concerning student records, and reviewing and analyzing the data to implement policies and programs to address concerns or negative outcomes. While we cannot yet fully assess the potential benefits and consequences of this type of system, we will continue to monitor the issue and offer updates and advice.