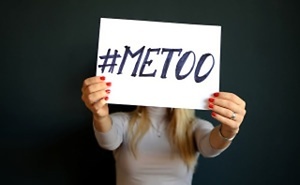 On November 22, 2016, a federal court in the Eastern District of Texas halted implementation the Department of Labor’s rule amending the salary basis test for overtime exemptions in the Fair Labor Standards Act (FLSA). The rule was scheduled to take effect December 1, 2016.  (Nevada v. DOL (E.D.Tex. 11/22/16) No. 4:16-cv-00731.) The court granted a preliminary injunction, which temporarily delays the ...

California’s public educational entities need to be aware of changes to federal law that will become effective on December 1, 2016.  The U.S. Department of Labor will be publishing its official Final Rule on May 23, 2016, updating the Fair Labor Standards Act (“FLSA”) regulations regarding the executive, administrative and professional exemptions from overtime and minimum-wage requirements.

The California Labor Commissioner has posted a template  pursuant to the new sick leave law, the Healthy Workplaces, Healthy Family Act of 2014. As explained in our , the new law applies to employees who work at least 30 hours per calendar year and are not provided with sick leave under a collective bargaining agreement.  A poster describing the sick leave rights is required under amended Labor Code section 247.

The first opinion, Halbig v. Burwell, which was decided by a three member panel of the United States Court of Appeals ...

On July 2, 2013, the United States Treasury Department announced that implementation and enforcement of employer mandates under the Patient Protection and Affordable Care Act (“Act”) will be delayed by one year.  Until today, school district employers were preparing to be in compliance with the Act starting on January 1, 2014.  As a result of today’s announcement, the new deadline for compliance is ...

The Supreme Court’s decision in National Federation of Independent Business v. Sebelius (2012) 132 S.Ct. 2566, settled any question surrounding the so-called “Individual Mandate” under the Patient Protection and Affordable Care Act” (“Act”). Accordingly, effective January 1, 2014, individuals, subject to limited exceptions, are required to be covered by a minimum level of health ...

In 2010 Congress enacted the Federal “Patient Protection and Affordable Care Act” (“Act”) setting the stage for sweeping reform of the U.S. health care system. The most controversial provision in the Act is the “Individual Mandate” which requires every American to have a minimum level of health insurance by 2014 or face certain financial penalties. Congress used the Commerce Clause found ...

On March 1, 2013, deep cuts to the federal budget will take effect. These cuts, known as “Sequestration,” will result in $1.2 trillion in federal spending cuts over the next 10 years. Approximately half of the cuts will be made to the Department of Defense and half will be made through cuts in domestic discretionary spending programs. Although some commentators have noted that school districts have more time than other agencies to brace for the impact of Sequestration — because the impact would not occur until July 1, 2013 — we have all become familiar with the reality that potential cuts beginning July 1 require preliminary action in the spring.