Does the Public Have a First Amendment Right to Post Comments on a Public Official’s Twitter Feed?  First Amendment Challenges to Social Media Access in the 21st Century
BY: Sharon J. Ormond, Peter A. Schaffert, Brooke Romero 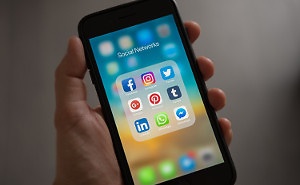 For many people, social media platforms such as Facebook, Twitter, Instagram, Snapchat, and LinkedIn are essential for communicating in their daily lives.  Social media plays an integral role in the transmission of news, ideas, opinions, and personal expression.

Recently the Third District Court of Appeal decided Crews v. Willows Unified School District, concerning a newspaperman’s appeal from an award of sanctions against him in the form of the school district’s attorneys’ fees for his filing a frivolous California Public Records Act lawsuit against the District.  Although the decision of the Court of Appeal reversed an award of sanctions against the ...

On Wednesday, February 20, 2013 the United States Third Circuit Court of Appeals heard oral argument in a case concerning whether or not the Easton Area School District may ban middle school students from wearing bracelets with the slogan “I ♥ Boobies! (Keep a Breast)” and similar statements.

Relying on the Supreme Court cases outlining students’ First Amendment rights to freedom of speech in ...

In the wake of the sexual abuse scandal that rocked Los Angeles Unified School District in February of 2012, legislators introduced several bills to streamline the dismissal and suspension procedures for certificated public school employees, particularly for incidents involving sexual misconduct. The allegations of sexual assaults against elementary students at Miramonte Elementary School in South Los Angeles sparked public outcry over the certificated employee dismissal process when one of the alleged molesters, a third grade teacher, settled the teacher dismissal proceeding against him for $40,000. The settlement highlighted the difficulties school districts face in conducting dismissal proceedings, even in cases involving egregious allegations.