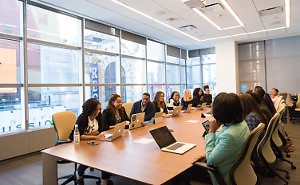 In the interest of protecting the integrity of confidential information discussed during closed session, the Legislature enacted Government Code section 54963 as part of the Brown Act. This section prohibits board members from disclosing confidential information that has been acquired by being present in closed session to a person not entitled to receive it, unless the board authorizes disclosure. 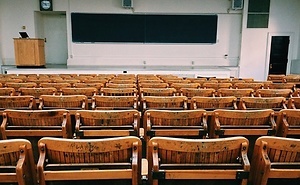 Often, the concept of requiring a student to testify before an administrative hearing panel is daunting.  Our students live in a difficult world of rumors, public humiliation broadcast on social media, and threatening messages sent by text and over the Internet.  It is no wonder that most students readily indicate they are afraid of testifying against a student accused of misconduct, and our site and District administrators are reluctant to put a student through the process.

With much media fanfare, in July, 2015 the advocacy group Students Matter filed a lawsuit against 13 large school districts, alleging these districts are failing to comply with the provision of state law regarding the use of scores on state-mandated assessments in teacher evaluations.  AALRR represented five of the districts.  Yesterday Superior Court Judge Barry Goode ruled in favor of school districts in ...

A decision was issued late yesterday by the Court of Appeal in a case that continues to highlight the political debate about the Education Code’s substantial protections for public school teachers.  Our firm reviewed the trial court’s decision in an Alert, saying the decision in favor of the plaintiffs was likely the first battle in a long war.  The second battle was a victory for the defendants, and the war (in the judicial branch, at least) will likely be decided by the California Supreme Court.

On January 19, 2016, the California Attorney General issued Opinion No. 14-1203, which concluded the Brown Act’s online agenda-posting requirement for regular meetings is not necessarily violated if the local agency’s website experiences technical difficulties (e.g., power failure, cyber-attack, or other third-party interference) that cause the agenda to become inaccessible to the public for a ...

The California Legislature recently made significant changes to the California Comprehensive Sexual Health and HIV/AIDS Prevention Education Act (Education Code § 51930 et seq.).  Under Assembly Bill 329 (Weber), which was signed into law by Governor Brown on October 1, 2015, the Act will be renamed the “California Healthy Youth Act” when it takes effect on January 1, 2016.

Recently Governor Brown vetoed Assembly Bill 1550, which would have added 30 days to the already rigorous impasse procedures under the Educational Employee Relations Act (Government Code §§ 3540, et. seq.; “EERA”) impairing the ability of public employers to unilaterally implement a last, best, and final offer after completion of the statutory impasse process.

Title 5 of the California Code of Regulations, section 80303, requires a report to the Commission on Teacher Credentialing within 30 days of certain employment actions. Amendments to section 80303 have been approved by the State Board of Education and take effect July 1, 2014. The amendments clarify some reporting requirements and the procedures by which the public may report a superintendent who fails to ...