Reliance on Third-Party Agents Can Expose You to Substantial Liability
BY: David B. Sarfati, Shawn M. Ogle 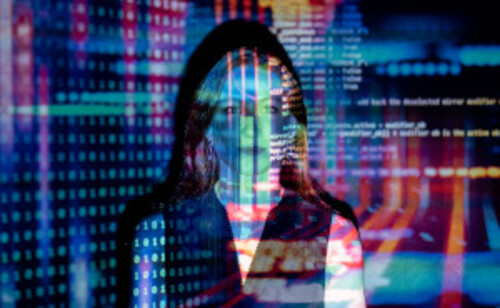 Paperwork is an inevitable and often tedious part of doing business.  When that paperwork becomes routine and time consuming, the natural inclination is to skim documents or rely on industry-developed shortcuts.  While this can save you time in the short-term, doing this risks exposing you and your company to massive liability. And while you can directly control your own actions, the risk of liability does not end there.  Many companies choose to outsource that paperwork to third-parties and trust them to do their jobs. But even when you have good practices internally, when the third parties that work for you do not follow best practices, you can still be put at risk.  The recent California Court of Appeals decision in Bergstrom v. Zions Bancorporation is a clear example of how reliance on third-party agents and a third-party’s use of shortcuts can expose your company to massive liabilities. 2022 WL 1419910 (2022).

Zions Bancorp (“Zions”) is a bank based out of Los Angeles California.  Like most California Corporations, it contracted with a third-party (in this case, Corporation Service Company (“CSC”)) to serve as its agent for service of process.  As its agent for service of process, one of CSC’s responsibilities was to accept legal documents and provide notice to Zions when Zions needed to take action. In 2019, CSC received a notice of levy from Bergstrom related to funds in a Zion account to compensate him for a judgment in an out of state court.  This notice of levy required Zions to freeze the assets in the debtor’s account to prevent the accountholder from taking the money and leaving the creditor with nothing. While a notice of levy is a relatively short legal form, an industry practice exists for process servers whereby the serving party will underline the name of the party to which the legal document is directed in order to expedite the review process.  This shorthand developed independently of the law, but it is heavily relied upon by members of the industry.

However, in this case, the party serving the notice of levy underlined the name of one of the account holders whose bank account was to be levied by Zion, rather than underlining the name of Zion (the party to which the legal document was directed) itself.  As a result, CSC rejected the notice of levy, claiming that they were not an agent of service of process for the company it was directed to.  In the eight days between this error and when the creditor was able to contest the rejection, the owner of the bank account removed nearly all of the assets in the account, leaving approximately $200 of the nearly $120,000 in the account at the time the notice of levy was served. Having lost his ability to meaningfully collect from the debtor, Bergstrom filed suit against Zion, seeking compensation equal to the balance in the debtor’s account at the time his notice of levy was improperly rejected.

The Court analyzed three main issues: (1) What is the standard of care for companies that receive a notice of levy; (2) does an agent reviewing legal documents act negligently when it relies on industry standards and practices to quickly review the document; and (3) can constructive knowledge of the contents of a legal document served on an agent for service of process be imputed to the principal.

First, the Court attempted to define the standard of care for responding to notices of levy. Under California Code of Civil Procedure § 701.020, a party that receives a notice of levy but fails to comply with it is liable to the judgment creditor unless they have “good cause” to refuse to honor it.  However, this section of the code does not define “good cause”.  By looking at other sections of the Code of Civil Procedure as well as the Civil Code, the Court reasoned that someone has “good cause” to ignore a notice of levy if they “did not know or have reason to know of” the levy.  Furthermore, it reasoned that a party can be charged with knowledge, even absent actual knowledge, if the party was negligent in not obtaining that knowledge or information.

Second, having concluded that a negligence standard applies, the Court asked whether the CSC agent acted negligently or unreasonably in relying on the industry standard practice of underlining the served party to quickly review the document. California courts often defer to industry standards when defining a duty of care. See e.g. Soto v. Union Pacific Railroad Co., 45 Cal. App. 5th 168, 181 (2020) (granting summary judgment where defendant showed “it exercised due care in accordance with industry standards” and plaintiff “failed to raise a triable issue of material fact on that question.”)  However, the Bergstrom court applied a stricter standard in this case. While it noted that industry practices can be relevant in defining the standard of care, the Court “refused” to use that industry standard to excuse CSC from carefully reviewing the underlying legal document.

Although the common practice of an industry can be relevant to the standard of care (at least when the standard of care is not one that requires expert testimony), such common practices are not controlling because ‘[g]eneral negligence cannot be excused on the ground that others in the same locality practice the same kind of negligence.  The underlying may have been distracting to CSC, but we refuse to treat it as excusing CSC from looking at the part of the standardized form specifically meant to list the party to be served.

In other words, the Court concluded that the industry standard was so unreasonable that it could not be given the same deference that standard practices typically receive.

Thus, Zions was held liable for its failure to act on a document only ever received by its agent.

What does this mean for your business?

First, if your business model involves holding assets for others, it is important to assure that your agent for service of process is carefully reviewing any notices of levy served on you.  Even a small error or delay in responding to it caused by a careless worker can expose you to massive liability.

Second, you should be cautious about relying on industry standards, particularly when reviewing written materials.  While these can speed up business in the short term, courts are in no way bound to accept them as reasonable.  This appears to be particularly true when it comes to the form of the review of important documents or legal notices.  If you receive a legal notice, it is important that you contact counsel as soon as possible to assure that your rights are protected.

Third, when you retain a third-party agent, it is critical that you confirm they have solid practices in place and do not rely on quick tricks to save money.  And it is just as important to maintain regular contact with your agent to assure they are following protocol. While it can be easy to hire a third-party and trust them to adhere to best practices, their errors can be your responsibility and can ultimately cost you thousands of dollars.

While you should always be careful when reviewing and receiving legal documents and do your best to assure that internal protocols are followed, mistakes happen.  AALRR has a team of litigation attorneys experienced in handling business disputes, minimizing liability when accidents occur, and recovering losses.  When issues arise and errors are made, it is important to contact counsel as soon as possible so that you and your business are put in the best position to protect yourselves.

This AALRR post is intended for informational purposes only and should not be relied upon in reaching a conclusion in a particular area of law. Applicability of the legal principles discussed may differ substantially in individual situations. Receipt of this or any other AALRR publication does not create an attorney-client relationship. The Firm is not responsible for inadvertent errors that may occur in the publishing process.      © 2022 Atkinson, Andelson, Loya, Ruud & Romo