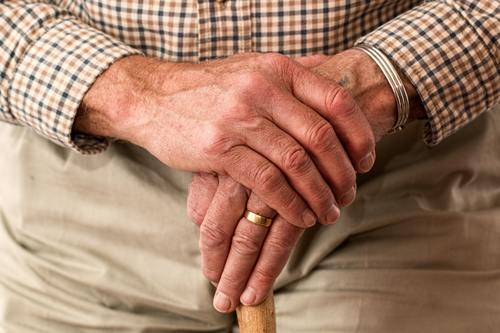 As technology advances, people are living much longer lives.  However, for many people, their golden years have resulted in nothing but heartbreak as they have been the victims of elder abuse.

Financial elder abuse is defined as “when a person or entity…takes, secretes, appropriates, obtains, or retains real or personal property of an elder…for a wrongful use or with intent to defraud, or both.”  Cal. Welf. & Inst. Code § 15610.30(a)(1).  A taking for “wrongful use” occurs when the defendant knew or should have known that its conduct is likely to be harmful to the elder.  While the unscrupulous family member or caregiver is the classic case of financial elder abuse, businesses have often found themselves entangled in contentious elder abuse claims.  Recent cases have attempted to clarify financial elder abuse in what otherwise appears to be a legitimate business transaction.

In Hilliard v. Harbor, 12 Cal. App. 5th 1006 (2017), an LLC, whose controlling member was over the age of 65, entered into an agreement with its lender that the LLC would pay $2 million to the lender by March 31, 2012 in full satisfaction of the approximate $15 million outstanding on the loan.  However, when the deadline to make the payment passed, the lender sold the loan to a third party who then demanded that the entire outstanding balance be repaid in full.  The elderly member filed suit against the lender claiming that he sold certain assets at an alleged fire sale price in order to satisfy the reduced amount of $2 million.  The elder claimed damages against the lender for all monies owed above the $2 million reduced amount.  The Court of Appeal affirmed the granting of the lender’s motion to dismiss on the ground that the elder lacked standing because the alleged harm was to the LLC as a whole rather than the elder as an individual.  In addition, the Court of Appeal stated that the lender’s conduct did not turn wrongful simply because the LLC’s controlling member happened to be over the age of 65.  To that end the Court of Appeal invoked the “settled principle that it is simply not tortious for a commercial lender to lend money, take collateral, or to foreclose on collateral when a debt is not paid because a commercial lender is privileged to pursue its own economic interests and may properly assert its contractual rights.”

On the other hand, in Bounds v. Superior Court, an elder suffering from cognitive deficiencies filed an elder abuse claim against potential purchasers of her real property when the defendants failed to cancel escrow instructions, and failed to rescind a lease back to the elder.  The Court acknowledged that even though the transaction was never completed, the defendants’ failure to cancel the escrow instructions or rescind the lease hindered the elder’s ability to sell her property.  An elder’s interest in her property includes her right to use and sell property, thus, defendants’ conduct deprived her of an interest in her property sufficient to constitute a wrongful taking.

Whether or not a wrongful taking has occurred is often at the core of any elder abuse case.  In certain extraordinary circumstances, victimized elders or their heirs can immediately file an application for a right to attach order which liens any assets held by their alleged financial abuser.  The lien in essence freezes the attached assets until final adjudication or settlement.  In the most severe circumstances, the elder or their heirs can even utilize this procedure on an ex parte basis without notice to the defendant.

In sum, elder abuse is an evolving legal landscape.  However, due to the expansive protections and severe penalties available to victimized elders or their heirs, businesses and high net worth individuals must be aware of their rights and potential liabilities.

Any questions or concerns relating to financial elder abuse may be directed to the authors of this article.