California’s Policy Against Non-Compete Agreements Does Not Necessarily Shield An Employee’s Actions During His Or Her Employment
BY: David Kang, Shawn M. Ogle 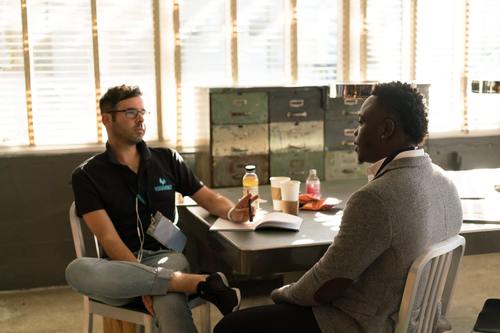 Appellants Scott Drucker (“Drucker”) and Arik Nirenberg (“Nirenberg”) worked for respondent Techno Lite, a company engaged in selling lighting transformers, which had been purchased by and was owned by Neil Olshan (“Olshan”) and respondents Stefan Poenitz (“Poenitz”) and David Tour (“Tour”) as of 2003.  While Drucker and Nirenberg worked for Techno Lite, they also opened and ran their own company, appellant Emcod, LLC, beginning in 2006.  Though Emcod also sold transformers, Techno Lite consented to Drucker’s and Nirenberg’s operating Emcod while working for Techno Lite, based on their promise that they would run Emcod on their own time, and that Emcod would not compete with Techno Lite.

In 2013, several e-mails were sent to Techno Lite’s customers asking them to replace Techno Lite with Emcod, with one e-mail stating “All of our accounts are going to be changed to the new name, Emcod. Consequently, we want to clean up all the old invoices.”  In another e-mail Drucker stated, “We have to be very careful who we contact until we leave here. … We can only go after accounts we trust.”  After Olshan died, Poenitz and Tour offered Olshan’s shares of Techno Lite to Drucker for free.  Instead, Drucker offered to purchase Techno Lite from Poenitz and Tour.  Subsequent negotiations failed and Drucker and Nirenberg resigned from Techno Lite on December 13, 2013.  A lawsuit followed, in which Drucker, Nirenberg, and Emcod were found liable for fraud.

Appellants argued the trial court could not find them liable for fraud because the false promise (not to compete with their employer) on which the fraud was based was void as a matter of law under Business and Professions Code section 16600 (hereinafter “Section 16600”).  Section 16600 states: “Except as provided in this chapter, every contract by which anyone is restrained from engaging in a lawful profession, trade, or business of any kind is to that extent void.”  Section 16600 was meant to ensure that every citizen retained the right to lawfully pursue any lawful employment and enterprise of their choice, and to encourage open competition and employee mobility.

The Court of Appeal rejected Appellant’s argument, holding that Section 16600 has consistently been interpreted as invalidating any employment agreement that unreasonably interferes with an employee’s ability to compete with an employer after his or her employment ends.  The Court was unable to locate a case in which Section 16600 was held to invalidate an agreement not to compete with one’s current employer while still employed by that employer.  The Court of Appeal stated further that under California law, an employer is entitled to its employees’ undivided loyalty.

Despite California’s strict limitations on non-compete agreements, Section 16600 does not necessarily bar claims against a former employee where the claims are based on an employee’s conduct during his employment.  Thus, a thorough analysis of an employee’s actions during his or her employment is necessary to preserve potential claims against the now-competing former employee.  If you have been left scratching your head after relying on the promises of a former employee in good faith, promptly contact the attorneys at Atkinson, Andelson, Loya, Ruud & Romo to explore your options and protect your company.