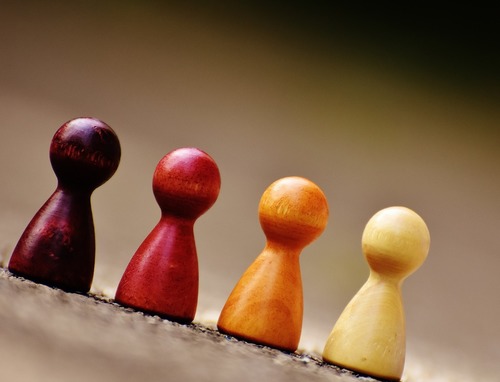 In FilmOn.com v. DoubleVerify, Inc. (2019), Case No. S244157, the California Supreme Court recently clarified the circumstances under which the state’s anti-SLAPP law applies to commercial speech and services.  The anti-SLAPP law, Code of Civil Procedure § 425.16, was designed by the Legislature to provide for early dismissal of strategic lawsuits against public participation (known colloquially as “SLAPP” suits), which are filed primarily to discourage the free exercise of speech and petition rights.  A defendant prevailing under the anti-SLAPP law is entitled to recover its attorneys’ fees from the plaintiff.  The Supreme Court was called upon to interpret the anti-SLAPP law’s “catchall” provision, which provides for dismissal of claims arising from “conduct in furtherance of the exercise of the constitutional right of petition or the constitutional right of free speech in connection with a public issue or an issue of public interest.”  Applying this provision, the Supreme Court held that DoubleVerify, Inc.’s (“DoubleVerify”) confidential reports about FilmOn.com’s (“FilmOn”) web content — which were generated for profit, delivered only to paying clients, and subject to a confidentiality requirement prohibiting broader dissemination of the reports — were not entitled to protection under the anti-SLAPP law.

DoubleVerify is engaged in the business of collecting data about the content, viewers, and advertising practices of websites on which its clients are interested in advertising.  In exchange for a fee, DoubleVerify’s clients receive confidential reports on the location of a website’s viewers, whether and in what manner the website displays advertisements, and a description of the website’s content.  Content is described using a “tag” classification system, in which the website’s content is placed into one or more descriptive buckets such as “Adult Content” and “Copyright Infringement: Streaming or File Sharing.”  The latter tag was used by DoubleVerify to identify sites that “presently or historically [were] associated with access to or distribution of copyrighted material without appropriate controls…”  In order to receive these reports, DoubleVerify’s clients must agree to keep them confidential.

FilmOn, who provides entertainment content on the Internet, filed a lawsuit against DoubleVerify alleging that its websites had been falsely classified under the categories of “Adult Content” and “Copyright Infringement” in DoubleVerify’s reports.  The trial court and Court of Appeal found that FilmOn’s claims were subject to dismissal under the anti-SLAPP law, finding that DoubleVerify’s reports concerned issues of public interest because “the public has a demonstrable interest in knowing what content is available on the Internet, especially with respect to adult content and the illegal distribution of copyrighted materials.”

The Supreme Court agreed that these are issues of public interest, but reversed the dismissal of FilmOn’s claims because DoubleVerify failed to show that its reports were part of “a larger public discussion” on these issues.  The Supreme Court clarified that the context of a statement is just as important as its content in determining whether it should receive protection under California’s anti-SLAPP law, and established a two-part test for determining when speech is sufficiently tethered to an issue of public interest to merit protection.  First, courts must identify the public issue or issue of public interest the speech implicates.  Second, the courts determine “what functional relationship exists between the speech and the public conversation about some matter of public interest.”  In order to undertake this latter inquiry, the courts must consider the context in which the statement was made, “including audience, speaker, and purpose.”  As the Court explained, the anti-SLAPP law’s “catchall” provision only protects those statements that “contribute to the public debate” on an issue of public interest.

The Supreme Court was careful to clarify that courts should not undertake an assessment of the social utility or worth of a statement, or the degree to which it advanced public debate in a particular direction.  Instead, courts must examine whether a defendant “participated in, or furthered, the discourse that makes an issue one of public interest” through the statements in question.

Although the protections of the anti-SLAPP law are broad, FilmOn confirms that the statute has limits.  The Supreme Court’s opinion makes it clear that defendants must be able to demonstrate a meaningful connection to public discourse in order to obtain dismissal of a claim based on its relationship to statements concerning an issue of public interest.  It is not enough that a statement happens to mention an issue that is receiving media coverage or other forms of public comment.  At the same time, FilmOn does not affect anti-SLAPP protections available in cases not falling under the “catchall” provision.  Statements made in connection with litigation, such as those contained in demand letters, for example, will continue to enjoy strong protections because such statements are separately provided for in the anti-SLAPP law.

Even when defendants rely on the “catchall” provision, they may see different results if the statements in question were made publicly, rather than under strict confidentiality requirements as in FilmOn.  For instance, businesses frequently confront situations in which a customer — or a competitor masquerading as a dissatisfied customer — makes negative statements about the business on a publicly accessible review site, such as Yelp.com.  Because such statements are clearly intended for public consumption, a defendant sued for making them may be able to pass the second prong of the Supreme Court’s test by establishing that its statements furthered or contributed to “the discourse that makes an issue one of public interest.”  Indeed, the Court of Appeal has already held in Wong v. Jing, 189 Cal.App.4th 1354 (2010), and other cases that such publicly accessible websites are “public forums” for the purposes of the anti-SLAPP law.  These courts have also concluded that information posted by consumers that goes beyond a particular interaction between the parties, and implicates matters of public concern that can affect many people, is generally deemed to involve an “issue of public interest” for purposes of the anti-SLAPP law.  Although these cases provide the groundwork for a different result in the case of reviews left on Yelp and similar sites, if the Supreme Court’s opinion tells us anything, it is that each case must be evaluated based on its own particular content and context.

Moreover, a defendant who succeeds in showing that its claims are within the scope of the anti-SLAPP law is not automatically entitled to dismissal.  Courts must then proceed to the second step of the anti-SLAPP analysis, in which they ask whether the plaintiff has established a probability of success on the merits.  Public statements that are truly defamatory provide fertile soil for plaintiffs to succeed in making that showing.  Nothing in the FilmOn decision should be read as licensing fake reviews or other acts of unfair competition.

Because lawsuits based on a defendant’s statements often raise constitutional concerns, clients who are sued for a statement they made should discuss the lawsuit with an attorney promptly to determine what remedies are available.  Clients may contact the author or their usual litigation counsel at Atkinson, Andelson, Loya, Ruud & Romo.