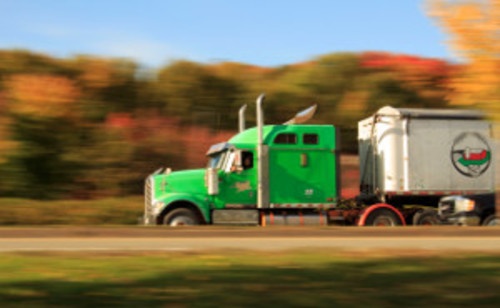 On February 23, 2018, California’s Fourth Appellate District held an employment agreement between a staffing firm and a truck driver was governed by California law and not by the Federal Arbitration Act.

Cornerstone Staffing Solutions, Inc. (“Cornerstone”) is a full service employee staffing firm that provides assistance to a variety of employers throughout the United States.  Cornerstone's website promotes itself as specializing in, among other things, “Logistics & Transportation Staffing & Recruitment".

Cornerstone hired Tony Muro (“Muro”) around May 2012 to drive trucks for Cornerstone's client, Team Campbell, which ships products from its California location throughout the country.  During Muro’s tenure as a driver, he had routes both within California and across state lines.  Muro entered into an employment contract with Cornerstone.  The contract included a provision requiring that all disputes arising out of Muro’s employment with Cornerstone to be governed solely by the Federal Arbitration Act (“FAA”).  It also incorporated a class action waiver provision.

Cornerstone responded to the lawsuit by a petition to compel Muro to submit his claims to binding arbitration on an individual, non-class basis and dismiss the class claims.  Cornerstone argued that the Federal Arbitration Act applied because Cornerstone and Muro were engaged in interstate commerce and because the employment contract specifically stated it was to be governed solely by the FAA.  Muro countered that his proposed class action should proceed because he was a “transportation worker” within the ambit of a specific FAA exemption, and the class arbitration waiver provision was therefore unenforceable.

Relying heavily on Garrido v. Air Liquide Industrial, U.S. LP (2015) 241 Cal.App.4th 833, San Diego County Superior Court Judge Joan Lewis ruled the FAA’s express exemption of transportation workers from its ambit made the FAA inapplicable to Muro’s claims because he and the putative class he sought to represent were  “transportation workers.” Judge Lewis rejected Cornerstone's contention it was not part of the "transportation industry."  On those bases, Judge Lewis denied Cornerstone's petition to compel to compel arbitration.

THE COURT OF APPEAL’S HOLDING

The Court of Appeal rejected Cornerstone’s argument on the ground the exemption in section 1 of the FAA makes no mention of whether (or to what extent) an employers’ business must be devoted to the transportation industry, stating, “A transportation worker does not forfeit the benefit of the exemption merely because the employer has other divisions or segments devoted to nontransportation activities”.

Having concluded Muro’s employment contract was not governed by the FAA, the Court of Appeal next considered whether the class action waiver should be enforced under the four-part analysis under the California Supreme Court’s decision in Gentry v. Superior Court (Circuit City Stores, Inc., Real Party in Interest), 42 Cal.4th 443.  Under Gentry, when the FAA does not apply, a party opposing enforcement of a class action waiver cause like the one contained in Moro’s employment contract must make a factual showing under a four-factor test that requires the trial court to consider:  (1) “the modest size of the potential individual recovery”; (2) “the potential for retaliation against members of the class”; (3) “the fact that absent members of the class may be ill informed about their rights”; and (4) “other real world obstacles to the vindication of class members’ rights . . . through individual arbitration.”  Gentry, supra, 42 Cal.4th at pp. 453, 463.  The court explained:

If it concludes, based on these factors, that a class arbitration is likely to be a significantly more effective practical means of vindicating the rights of the affected employees than individual litigation or arbitration, and finds that the disallowance of the class action will likely lead to a less comprehensive enforcement of overtime laws for the employees alleged to be affected by the employer's violations, it must invalidate the class arbitration waiver to ensure that these employees can “vindicate [their] unwaivable rights in an arbitration forum.”

Muro serves as a warning to California businesses who engage in interstate transportation and nontransportation activities.  Even if an employer’s primary business is not devoted to the transportation industry, transportation workers may rely on Muro to successfully invoke the exemption in section 1 of the FAA and avoid enforcement of arbitration provisions.

Although not discussed in Muro, the future of class action waivers in the employment context is currently being litigated in the Supreme Court of the United States.  On October 2, 2017, the Court heard oral argument in three consolidated cases – National Labor Relations Board v. Murphy Oil USA, Inc., Epic Systems Corp. v. Lewis, and Ernst & Young LLP v. Morris.  The issue to be resolved in those cases is whether the National Labor Relations Act (“NLRA”) bars class action waivers in employment arbitration agreements.  Those cases stem from a controversial decision by the National Labor Relations Board (“NLRB”) in D.R. Hortion, 357 NLRB No. 184 (Jan. 3, 2012).  In that case, the NLRB held for the first time that the NLRA” bars class action waivers in employment arbitration agreements.

Employers with questions regarding the business implications of these cases or about the use of pre-dispute arbitration agreements may contact the authors or their usual employment counsel at AALRR.